How driving a car feels like…
I don’t know why but driving a car makes me feel intelligent. I feel like the smartest of the species on earth when I can understand that another person wants me to get on a side by blinking his car’s headlights. The excitement of pulling the brakes slowly and making a bet with your mind that your car will stop before touching the next car is thrilling. Most importantly, the understanding what the other driver is wishing to do, without having the ability to read his mind, is simply awesome. I may sound naive but think about it;there are a different set of cars roaming on the road each day and each day the drivers understand each other’s motives and move accordingly. With a constantly evolving insight of what the other drivers are wishing to do, I can only conclude that this species has brains.

Driving makes me feel like a mechanics professional and partly complements my natural interest in physics. The way a car responds to different gears is simply magical. It’s amazing how other cars can anticipate when a car in high gear decelerates up to a certain level while going up on a bridge and then slowly accelerates up again.

What’s beautiful?
The fact that drivers can understand the state of mind of other drivers. You can feel the urgency in the drivers (going to their work places) at 8:45 AM with the way they press down on their horns. The tension of getting late is quite evident in their desperate attempts to overtake other cars. You can see people expressing their frustration on slow drivers by accelerating ahead of them, changing to the same lane as the slow car and then driving much slower in front of the slow car. You would rarely witness an ambulance on the road, but when you do, you could see us being unified as all the traffic urgently gives way to a siren sounding ambulance. 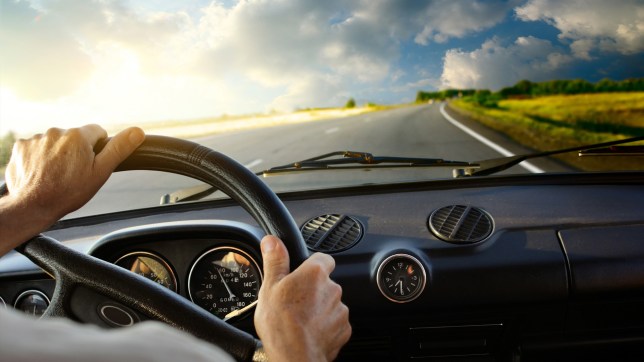 What driving did to my mental health…

I have been quite concerned about controlling my anger for a long time. I have always failed to control it in normal circumstances and really needed something which could test my ability to control anger time to time, something like in in the movie”Anger management” to give you an example. Driving a car in Karachi came out to be the best solution to my problem. Even though drives are relaxing and everybody does accommodate each other on the road, there are times when you narrowly escape an accident and get furious at the other driver for not being careful.

There are numerous times when you get enraged and make a desperate attempt to control it. I control it somehow and smile back.  All the time that I am on the road, I follow a rule of being calm and smiling back to anyone who should rather be shouted at. And as expected, I have felt the improvement in my anger control overtime. Ironically enough, I would recommend driving to those who like to go on long walks but those who also want to learn how to control their anger. Results guaranteed!

One thought on “How Driving Developed Me”